Comparative consolidated financial statements for Pil Corporation and its 80 percent-owned subsidiary at and for the years ended December 31 are summarized as follows: 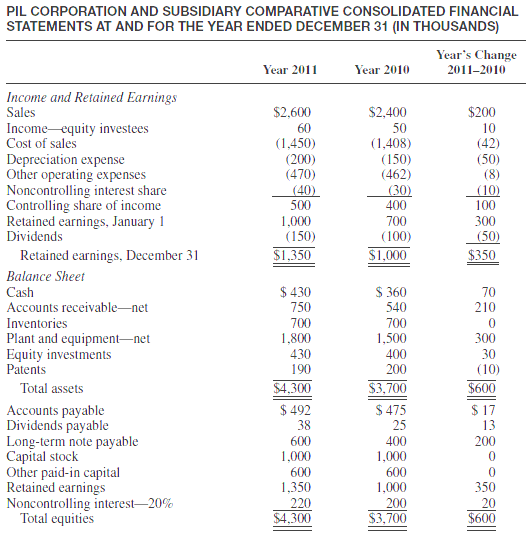 REQUIRED: Prepare a consolidated statement of cash flows for Pil Corporation and Subsidiary for the year ended December 31, 2011. Assume that all changes in plant assets are due to asset acquisitions and depreciation. Income and dividends from 20 percent- to 50 percent-owned investees for 2011 were $60,000 and $30,000, respectively. Pil’s only subsidiary reported $200,000 net income for 2011 and declared $100,000 in dividends during the year. Patent amortization for 2011 is$10,000.